Disease of The Mitral Valve! 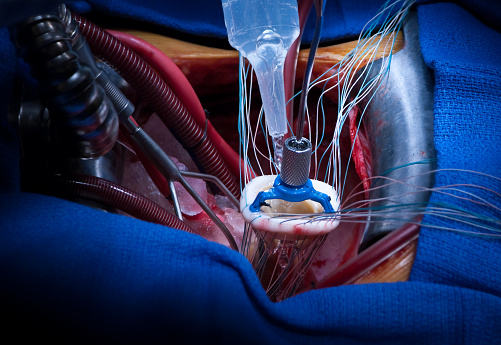 Diseases of the heart valves are grouped according to which valve or valves are involved plus the amount of blood flow that is disrupted by the problem. The most common and serious valve problems happen in the mitral and aortic valves. Diseases of the tricuspid and pulmonary valves are fairly rare.

The mitral valve regulates the flow of blood from the upper-left chamber (the left atrium) to the lower-left chamber (the left ventricle). Mitral valve prolapse (MVP) means that one or both of the valve flaps (called cusps or leaflets) are enlarged, and the flaps' supporting muscles are too long. Instead of closing evenly, one or both of the flaps collapse or bulge into the left atrium. MVP is often called click-murmur syndrome because when the valve does not close properly, it makes a clicking sound and then a murmur.

MVP is one of the most common forms of valve disease. It is also genetic running in families.

What are the symptoms?

Most people with MVP do not have symptoms. When symptoms do happen, they may include:

- Shortness of breath, especially when lying down.

Most of the time, MVP is not a serious condition. Some patients say they feel palpitations or sharp chest pain.

Mitral Regurgitation is also called mitral insufficiency or mitral incompetence. This happens when the mitral valve allows a back-flow of blood into the heart's upper-left chamber (the left atrium). Mitral regurgitation can take years to reveal itself.

If it goes on long enough, it may cause a buildup of pressure in the lungs or cause the heart to enlarge. In time, this will lead to symptoms.