What You Need To know About Acute Infectious Anthrax? 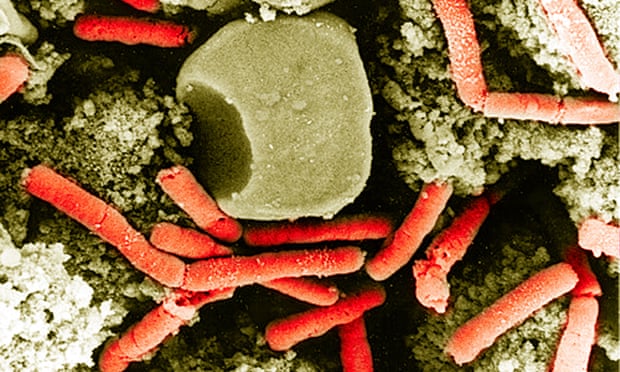 Anthrax is an acute infectious disease that exists in animals and can by transmitted to humans. Caused by Bacillus anthracis, Anthrax, primarily affects farm animals such as goats, hogs, sheep, horses. In the majority of these cases the disease is fatal. To simply how the disease works: Bacillus anthracis creates toxins that cause fluid to accumulate in the body's tissues and kill cells.

Found in the soil,Anthrax spores have been been discovered to be able to survive for decades. It is most common for an animal to contract the disease while grazing in a field. Although you can become sick from eating the meat of an infected animal, it is most common that infected individuals have come in direct contact with an infected animal. This characteristic of Anthrax makes it almost completely restricted to certain occupations that handle animals first hand, such as veterinarians, and farmers.

What Are anthrax Symptoms?

In it's simple state, Anthrax is not generally fatal to humans. However, if not treated, the disease can work it's way through the blood vessels causing poisoning of the blood and death. Another type of Anthrax is, Gastrointestinal anthrax, which is much more fatal. Typically Gastrointestinal anthrax will begin with symptoms such as nausea, vomiting, and fever, and can then be followed by abdominal bleeding, tissue death, and septicemia.

Anthrax is a very well known, disease that ages back to ancient history. In 2001, Anthrax was raised to a top concern when letters containing the Anthrax bacteria were mailed to several individuals, killing 5. These events were part of the growing terrorist problems in the United States, such as the Sept. 11 attacks on the World Trade Center.