How To Understand The Stages Of Alzheimer's Disease? 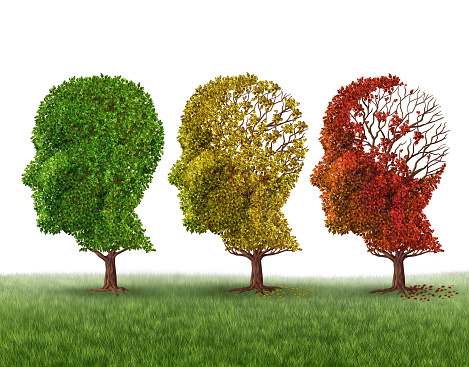 A person's mental and physical abilities deteriorate as he progresses through various stages of Alzheimer's disease. However, the way the disease manifests can vary quite widely from one person to another.

Knowing about Alzheimer's stages can help the caregivers plan for and cope with the disease better. The following is based on Dr. Reisberg's study which divides the disease into seven stages.

Stage 1: This is when no symptom of the disease is manifest and full mental and physical functions are retained.

Stage 2: At this stage, there is some loss of memory and the person may forget names of friends and family at times.

The person is full aware that his mental functions are declining. This is often mistaken to be the result of normal ageing processes rather than as the beginning of Alzheimer's disease.

Stage 3: This is still an early stage of the disease, but the symptoms are more noticeable now.

The sufferer may go into denial. There is an inability to concentrate on tasks and performance at work may deteriorate.

The person becomes more anxious. They get lost quite easily in unfamiliar territory. Misplacing objects is quite common at this stage. Their ability to remember recently acquired information deteriorates.

Stage 4: At this stage, the person can't perform complex tasks on his own.

Examples include filing tax returns or handling finances in general. As a way out, they may want to avoid such situations altogether.

The ability to concentrate deteriorates further and so does memory. They may not be able to remember some events in their lives. Mood swings are common.

Stage 5: Now the patients will need assistance in ordinary tasks like picking appropriate clothes to wear.

They may be unable to remember parts of their lives, although they will still remember basic information about themselves, their family and some friends.

Their sense of time begins to deteriorate as well.

Stage 6: This is a moderate to severe stage of Alzheimer's disease.

Forgetfulness accelerates and they may not even remember the name of their spouse. Large chunks of their lives are forgotten.

They definitely need help to cope with routine activities like bathing, dressing, etc. Incontinence may set in at this stage. Their sleep patterns may be disturbed.

Their personality will likely undergo a complete change. They may become violent or exhibit obsessive behaviour.

Stage 7: This is severe Alzheimer's disease.

The ability to speak is limited to less than a dozen words. They may lose the ability to walk, sit up or even hold their head up. This is a stage where the brain is apparently incapable of directing the body.