What You Need To Know About Myasthenia Gravis? 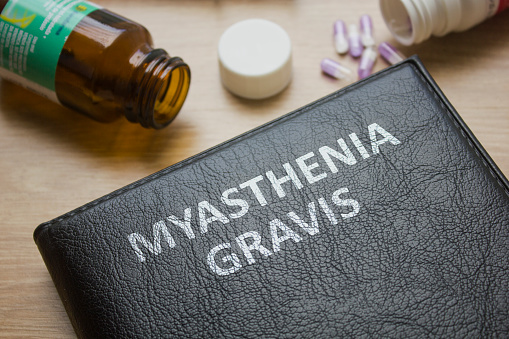 What Is Myasthenia Gravis?

Myasthenia Gravis - "is a neuromuscular disease leading to fluctuating weakness and fatiguability." Myasthenia Gravis is a Latin term meaning "grave muscle weakness". This disease is famous as an autoimmune disorder. Being so widely known, doctors have researched and found out many of the disease mechanisms and symptoms.

In almost all cases, the diagnosed will suffer from massive muscle fatigue when participating in any sort of physical activity. When at rest, however, this symptom will not be evident. Myasthenia Gravis does not favour any particular muscle to fatigue. In fact it has been known to happen to muscles that chew, control eyelid and eye movement, talk, control facial expressions, swallowing, and even sometimes the muscles that control limb and neck movement, as well as breathing. Most people at least suffer from muscle fatigue when swallowing, making facial expressions, and moving their eyes and eyelids.


What Are Myasthenia Gravis Symptoms?

This particular disease is somewhat difficult to diagnose. The symptoms of Myasthenia Gravis are alike many other nuerological disorders, and even normal occurences. If all symptoms of Myasthenia are present then it is clear, but if not, even testing can be very inaccurate. Testing for this disorder is restricted to the eye muscles, and is only 50% accurate, at best.

Luckily, if the symptoms are minor, and the disease is not able to be diagnosed, it really isn't to bad. Muscle fatigue is something that people have to live with if they are simply regular gym-goers. If the symptoms are fierce, and the disease is diagnosed, then treatment can begin immediately.
Ask our Chat-bot or Talk-Bot Any Questions About Myasthenia Gravis Topics.