What Are The Most Common Types of Cancer Found in Men? 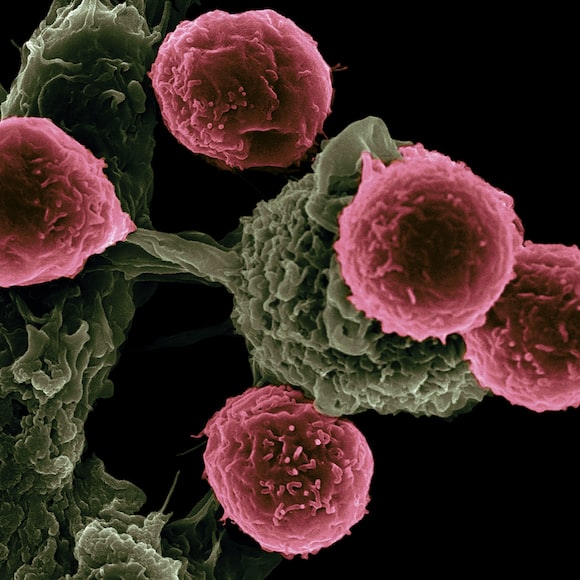 Cancer affects men and women, but there are some cancers which affect men more than women. Also, many times these cancers are more deadly in men than they are in women. Men can lower their risk of getting these varying types of cancer by avoiding smoking and receiving screening tests at an earlier age.

This is the number one cancer that kills men. Again, more African-American men are affected by lung cancer than any other racial or ethnic group. A large majority of instances of lung cancer arise from smoking. The best way to prevent lung cancer is to never start smoking at all, but to quit immediately if you do smoke.

This is the third most common cancer found in men. It affects all ethnic groups and men and women about the same. It is found most often in people age fifty and older. Screening for colorectal cancer is of utmost importance in finding and treating this cancer and saving men and women.

This is a cancer which attacks the lymph nodes. It is more common in men than in women, especially white men. It mostly affects adults with a compromised immune system like from HIV. There are forms which can affect children as well. Certain types of Non-Hodgkin lymphoma can be found in women more than men for an unknown reason.

Men are twice as likely as women to get kidney cancer. However, it is still amongst the top ten cancers women get as well. This is a cancer that generally is not seen by men or women until later in life, after age 64 and usually not before age 45.

Cancers of the mouth are twice as common in men as they are in women. This can be caused from smoking and even from oral sex.

This is only slightly more prevalent in men than it is in women. It also affects Caucasians more than any other race. It's a cancer of the blood which affects older people more often than it does younger people.

Another cancer that affects only slightly more men more than it does women. This cancer has been slowly increasing over the last ten years or so. It's also more common in African Americans than Caucasians.

So if you're a man, these are the cancers you have to most worry about. Many of them can be prevented with simply lifestyle changes like not smoking and eating a healthy diet. Screenings go a long way to saving your life when diagnosed with any of these cancers.