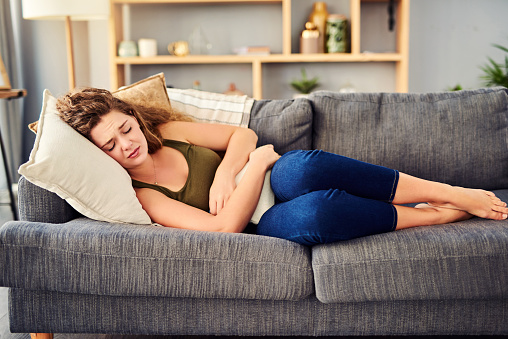 Endometriosis is one of those diseases that you've probably heard the name of before, but aren't really sure how it's caused or what its symptoms are. You may wonder who is most at risk for contracting it and whether there is a cure. The first question is relatively easy to answer. The answer to the second question is, sadly, no. As of yet there is no cure.

Who is at Endometriosis risk?

The good news is that if you are a man, you are out of danger. The bad news, unfortunately, is that if you every female is at risk from the time of their first period. So, then what is endometriosis, physically speaking? What happens to a woman who has it? The disease gets its name from the endometrium, which is the name for the tissue that lines the uterus. When a woman suffers from the disease, the endometrium grows outside the uterus. Why does this happen? That's part of the problem. Nobody has yet learned why this occurs in some women.

The tissue typically grows outside the uterus in somewhere in the pelvic cavity. The actual site of this tissue growth can take place in several places. It can occur either on or beneath the ovaries; or on the tissues behind the uterus; or on the bowels of the bladder. In extremely rare cases, it has even been know to grow outside the pelvic cavity.

So what happens as a result of this tissue growth?

Usually it develops into larger growths that can be referred to as tumors, lesions, or implants. Though they may be called tumors, they are typically not cancerous and don't usually lead to developing any kind of cancer. These tumors can be painful, however. The pain can range from moderate to quite severe. They can also lead to infertility.

The physiological changes that take place during a woman's menstrual cycle affects these growths. The walls lining the uterus thicken each month as part of the reproductive cycle. If no pregnancy develops, the uterus sheds this lining and the woman experiences the bleeding associated with her period. However, a woman who has endometriosis also experiences bleeding on the growths outside the uterus. But since this tissue cannot be shed like the uterus lining, internal bleeding results and scar tissue develops. Depending on where the growth are located, this can lead to a variety of complications.

Although there is no cure yet for endometriosis, treatment does exist. Unfortunately, it ranges from medication to treat the pain to hysterectomies to remove the affected areas. The only problem with this is that there has been a high rate of recurrence even among women who undergone this procedure.

The answer to the question what is endometriosis is, alas, not a happy one.