What Are The Causes of Irritable Bowel Syndrome? 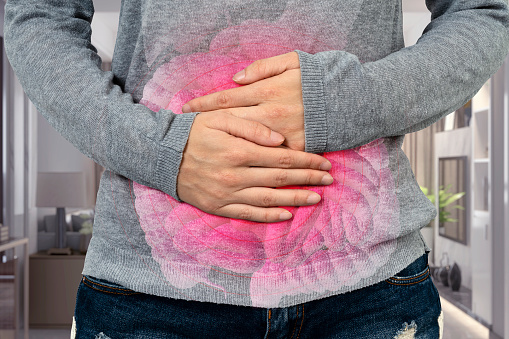 No one will give you a specific cause of IBS. Some experts think IBS is a Motility Disorder. This suggests that IBS patients have an oversensitive or hyperactive gut and will react to changes influenced by stress, food and hormones.

With the typical chaotic bowel habit of IBS, it is not surprising that it is thought of as a motility disorder. The transit time from ingestion of food to excretion is abnormal.

As a general rule, however, the transit time in IBS is unpredictable and at any time can be faster or slower, and explains why stools vary in frequency and consistency from hard pellets to watery and unformed.

There is no evidence that food causes IBS but certain foods and the volume consumed at one time can trigger symptoms.

The Gut has the richest supply of serotonin in the body. This chemical is closely connected to the nervous system. At present a lot of research is focused on gut serotonin receptors.

Serotonin affects the nerves in the intestine and controls contractions of the smooth muscles of the gut. This result is peristalsis, a smooth rhythmic contraction along the gut that facilitates the movement of faecal matter along the large bowel.
Low levels of serotonin lead to constipation and higher than normal levels cause diarrhoea.

If the gut and the brain is interconnected by the Gut Brain Axis, then various factors that affect the Central Nervous System (Brain), can affect events in the gut. This includes psychological factors such as anxiety, stress and depression. In addition psychological trauma such as physical, emotional and sexual abuse can affect the gut. Statistics show that there is a greater incidence of psychological trauma and disturbances in IBS. It is suggested that in addition to treating the IBS, treating the other issues will give better long-term results.

Gastroenteritis and IBS: Between 20-30% of patients who develop severe gastroenteritis will go on to develop IBS. The common infective organisms are Campylobacter jejuni, Salmonella shigella, and Escherichia coli. Gastroenteritis results in inflammation of the gut lining resulting in an overproduction of serotonin. In the thirty percent that develops IBS, the serotonin imbalance continues.

Prof. Jonathan Brostoff of Middlesex Hospital believes that yeast is involved in some cases of IBS. These patients have reduced levels of friendly bacteria, Lactobacilli and Bifidobacteria in their large bowel. This results in overgrowth of Candida

Low yeast diets have been promoted for IBS. This diet involves stopping cheese, all cheese not just blue cheese, and change bread to soda bread, scones, chapattis and any other unleavened bread. Sugar should be avoided. Avoid alcoholic drinks but spirits are distilled to a high level and have little or no yeast. Consume in moderation.