What is Attention Deficit Disorder - ADD? 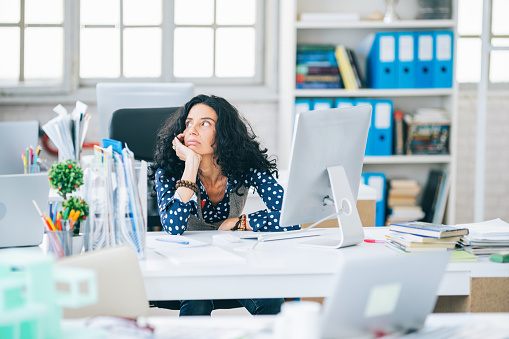 A colleague of mine at work has a grandson diagnosed with child attention deficit disorder.  When I talked to her about it, I wondered how you could tell whether it was ADD or 'just difficult or slow'. It is particularly difficult to tell with boys up to the age of about 16.  Where do you draw the line?  My own grandmother was a primary school Head teacher for many years and she used to say that boys did not develop intellectually as quickly as girls.

My interest raised, I decided to investigate further.  It appears that there are three stages in normal development.  The first stage can be seen in babies when they become focused on one thing for a period of time and ignore everything else.  A child whose development stops at this stage might have a tendency towards autism.

The second stage is when a toddler is constantly finding different things of interest but never able to concentrate on one thing for very long.  A child who is stuck at this stage of development might be diagnosed as having attention deficit disorder.

It seems that at the third stage, a child develops the ability to focus their interest for longer periods and to shift their attention at will.  This is considered to be a mature pattern of attention and concentration and is the level required to be successful in the classroom.

However, according to my colleague, Anne, ADD is not just about being incapable of concentrating on anything for very long.  The point is that people with Attention Deficit Disorder can't choose when to pay attention, what to pay attention to or when to stop.  Anne told me that this became very clear when undertaking a normal task like crossing the road.  Her grandson has been taught many times how to cross the road safely.  Nevertheless, without warning, if he has to wait for any time or watch the traffic for a space, all the training will go out the window.  He knows he has to cross the road and will just go!

The funny thing is that, along side this inability to choose when to pay attention and when not, is an ability to intensely focus on a particular activity and forget to take a break.  This could be repeatedly completing the same jigsaw or watching the same video to the exclusion of anything else.  If this is not recognized and worked on, some people say it can lead to substance abuse, overeating, and compulsive behavior later on.

A variation on ADD is ADHD, or Attention Deficit Hyperactivity Disorder.  People with this are often described as unable to relax or are constantly 'on the go', to the extent that even when sitting down, they might constantly be 'fiddling' or squirming in the chair. For parents this can be a nightmare as the child requires very little sleep and there is no break from all the restless activity.

So what help is there?  Is there a cure?  Is it something that a child can grow out of?  The answer to the last question is 'no', ADD and ADHD is a physical dysfunction of the brain. It does tend to run in families but it is not due to bad parenting or poor discipline.

Children can receive medication and therapy that helps to overcome the disorder, if it is diagnosed early enough.  The problem is diagnosing the extent to which someone requires help, as the spectrum is very wide.  Most experts seem to recommend a treatment combining medication and psychotherapy.  Psychostimulants such as 'Ritalin' and 'Dexedrine' help to improve the sluggish part of the brain causing the problems.  Psychotherapy helps to train ADD sufferers to pay attention, control impulses and behave appropriately in all sorts of situations.

Alongside this medical treatment, it is recognised that diet can be important.  There is evidence to suggest that some children with ADHD can react badly to certain combinations of foods. These can include dairy products, chocolate, wheat, fruit and particularly additives.  A possible link between attention difficulties and hyperactivity and the use of preservatives and colourings in food has been found.

There has also been some research into fatty acids as it has been found that people with ADD appear to be lacking in Omega 3 and Omega 6. It is thought that these fatty acids are crucial for proper growth in mental function and brain development.  The Omega 3 family of fatty acids are found in fish such as salmon and mackerel, as well as flax oil.  Omega 6 is found in corn, sunflower, canola and safflower oil, margarine and vegetable oil. Even though none of the evidence is conclusive, parents may wish to try a change in diet to see if it helps.

To finish, it was interesting to note that on several web sites some famously successful people exhibited behaviors that now lead experts to believe that they had ADD.  These include people like Beethoven, Mozart, Einstein and Pasteur.